Why you should get in on the last days of discounts 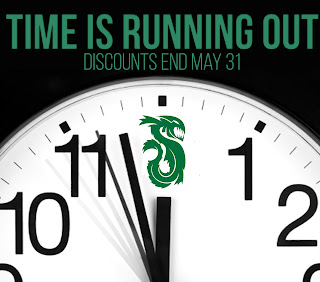 First, it's a no duh. Who doesn't like to save money? But more than that, here's why it makes sense to get in now:

1. Save money. We mentioned that.

2. You're in for your wave time. Wave times have already filled up, so you can get a more optimal time if you sign up now.

3. We'll be unveiling obstacles and other neat new features for this year shortly. When you see them, you'll want to be in. But then there won't be a discount, so you'll have to pay the extra money. Don't pay the extra money if you don't have to, right?

4. But if you do or you don't, all money (100 PERCENT. ALL.) goes back to the Barber National Institute and its mission of making dreams come true for children and adults with disabilities.

What's better than that, right?

What's Beast Blitz Day all about?


Beast Blitz Day isn’t about spreading a word. Yes, sure, we’re letting people know that the final chance for registration discounts end on May 31. We’re going around telling people about it, too – you’ll see us around Erie on May 28. Feel free to take pictures and tag them with either #beastonthebay or #barberblitz. 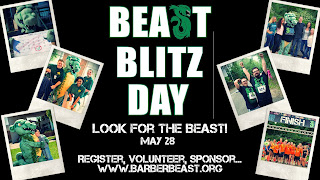 Beast Blitz Day – and the Barber Beast on the Bay itself, really – is all about a feeling. We’re trying to get across a feeling. The feeling of crossing the finish line on September 12. The feeling of watching as someone in the Adapted Course receives a medal and smiles from ear-to-ear. The feeling of curiousness a child feels the first time they gaze upon our green, furry mascot better known as The Beast.  And, for a few final days, the feeling of getting a discount on a great day come September 12.
If you’re reading this, you probably know what the Barber Beast on the Bay is. It’s a 10-mile obstacle course challenge held at Presque Isle State Park to benefit the mission of the Barber National Institute to help children and adults with intellectual disabilities and mental health challenges. The Beast on the Bay features sand, water, mud, and everything else Presque Isle State Park has to offer. It’s, as we say, the ‘Nature of the Beast.’
But you aren’t just signing up for a one day event. We’re going to have a blast on September 12, but you’re not signing up for that day alone. You’re signing up and registering to make a difference in the lives of those we serve at the Barber National Institute. We’re on a daily mission to provide the best possible services to those we work with. 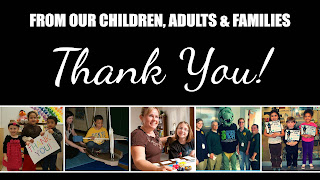 We appreciate all the support from the community, and days like Beast Blitz Day are our way of giving back. We’ll be taking pictures and touring the city with The Beast. The Beast will deliver breakfast for ten to a lucky workplace. We’ll continue to promote the Barber Beast on the Bay and all that comes with it up until the day of the race. Then it’s dance parties, warm-ups, taking on obstacle courses, and celebrating at the end of it all. We’ll see you there.

A New Challenge in Beating the Beast

Patrick Eller has thrown down the gauntlet for anyone thinking about registering for Barber Beast on the Bay.  “I challenge everyone to become a fundraiser.  Don’t take the easy way out and just pay the money.  People like to make a donation to charity when you let them know that you are going to put yourself through something to get it.”

Patrick, an Erie native who has been on active duty with the Army since 1999, knows a little something about raising money.  He was the top fundraiser in 2013 and 2014, bringing in more than $3,500 for the Barber Foundation over those two years, and has already raised more than $1,700 this year.

What’s the secret to Patrick’s success? “Social media, social media, social media,” he said. Patrick reaches out to friends and colleagues around the world to let them know what he is doing, and holds random drawings every month for everyone who has made a donation.  He gives out small prizes, such as gift cards, that have been donated.  At the end, all of his donors will be eligible to win an iPad mini that has been donated.

For Patrick, the decision to support the mission of the Barber National Institute was a personal one.  His daughter, Braelyn, was diagnosed with autism when she was 18 months old, and has made tremendous progress with services from the Barber Institute.
“I know that the Barber Institute does so much for families and children.  I have personally been affected and I know so many other people who have been affected, that I wanted to do something to give back,” said Patrick.

Last year, Patrick enjoyed the competition from other fundraisers who were trying to catch up to him in the top spot, and is hoping for the same friendly rivalry this year.   So enjoy the benefits of becoming a fundraiser:
-Get a free or reduced registration
-Be eligible to win prizes yourself
-Feel good about supporting an organization that helps more than 4,200 children and adults with intellectual disabilities and mental health challenges every year.
To earn a free registration, commit to fundraising $550; for $50 off registration, just raise $300.


If you’ve already registered but would now like to fundraise, let us know at BarberBeast@BarberInstitute.org and we can refund your fee and change your status.  If you’re still planning to register, check out the fundraising page at http://www.active.com/donate/BarberBeast2015
Posted by Unknown at 10:31 AM No comments:

How to Rejuvenate Your Runs

Are your exercise routines as exciting as 2 a.m. infomercials?

If you're asking yourself, 'Man, do I really have to work out today?" you're doing it wrong! Exercising isn't always going to be as fun as other activities, but you can put your own spin on it to make sure you're enjoying it when it's going on. How? Think outside the box! Or, more specifically, think off of the treadmill!

Our friends at Active.com, where you sign up for the Barber Beast on the Bay, have several suggestions for types of runs that cure boredom. One suggestion, as interesting as it may be, is "trash running."

"Log a few miles, beautify your local surroundings and get in a few hundred lunges and squats while you're at it. Trash running involves picking up trash while you run. Simply don a pair of washable gloves and head out with an empty garbage bag along your usual route, pausing to stoop and pick up any trash you see along the way. Yes, this is really a thing. Many communities across the country have trash runner groups, complete with regularly scheduled meet-ups and Facebook pages. Google "trash running" to see if there's a group in your area. If there's not, why not start one?"


You'll find the rest of that article here:  http://www.active.com/running/Articles/5-Runs-That-Kill-Boredom

Give it a shot. If not trash running, perhaps there will be something else that