Training for an obstacle course can be confusing.  Should you focus on running? Should you focus on your strength?  Below is a sample idea of how to train your upper body and speed.  Remember everyone is different.  You may need to increase your weights, reps, or distance in order to see improvements.  Mix and match the circuits below or do all of them together.  To be safe do not increase your weights, reps, or distance covered by more than 10% of what you were doing in the previous week.  For example if you were doing 50 push-ups a day for one week do not suddenly increase to 100 push-ups the next week.  Try 55 and then a couple days later increase to 65.  Going up gradually will help prevent injuries that could keep you out of the race you are training for.


Look for more to come in the weeks to follow from our healthcare experts at Saint Vincent! 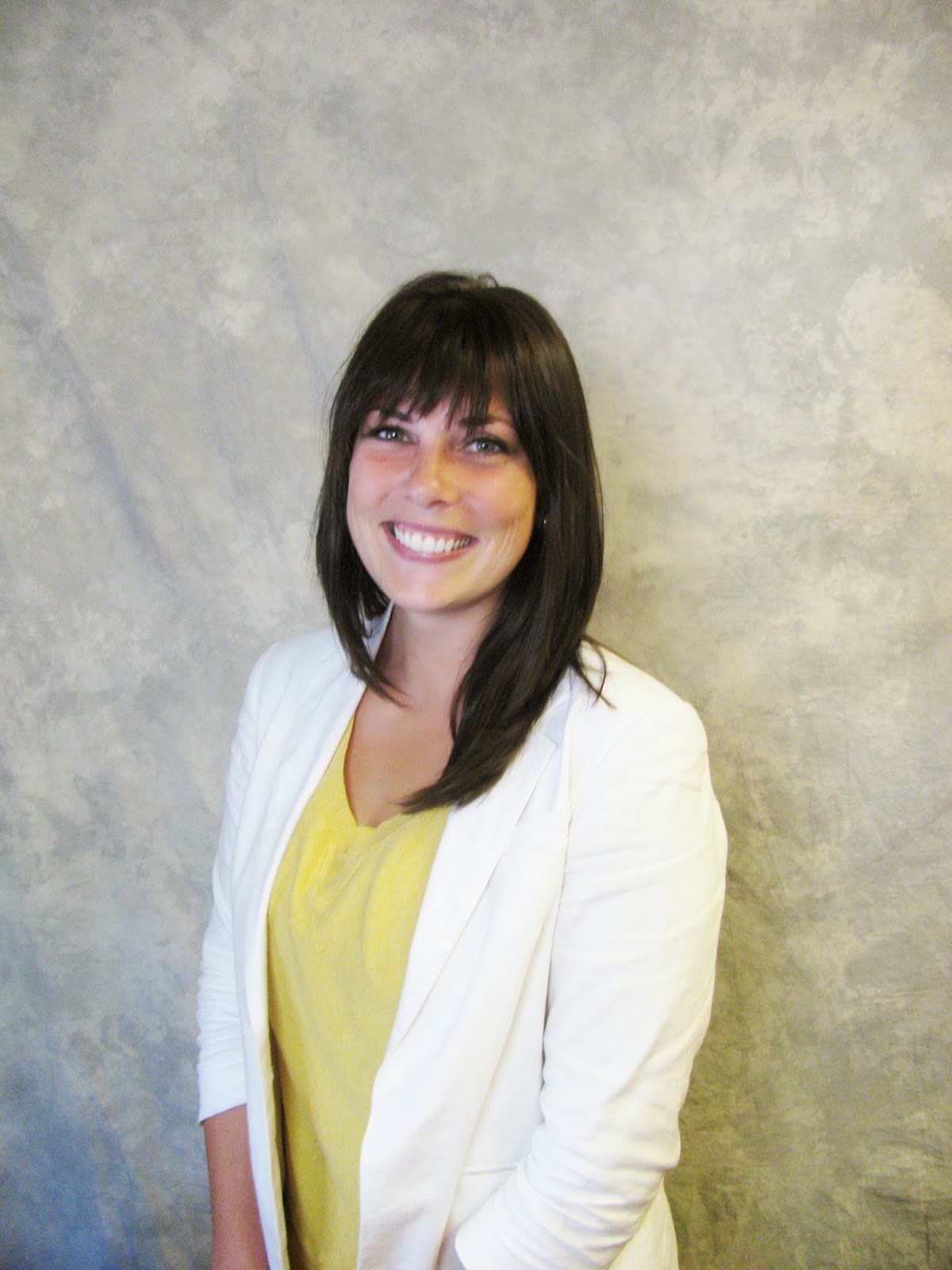 
What is causing my knee pain?

Lateral knee pain (pain on the outside of the knee) is a common reason people need to scale back their training for events such as the Barber Beast on the Bay. Iliotibial Band Syndrome (ITBS) is the leading cause of lateral knee pain and the second leading cause of overall knee pain in runners. It occurs in 5-14% of runners and 50-81% of those are males1.  It has become evident, recently, in the literature that running mechanics play a major role in those runners that go on to develop ITBS.
The primary function of the Iliotibial Band (ITB) (Figure A) is to stabilize the lateral hip (outside of hip) and knee by resisting hip adduction (inward motion of hip, Figure B) and internal rotation. 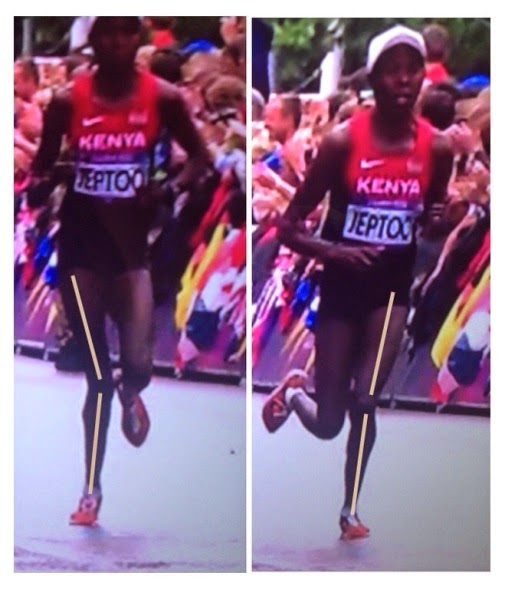 A. Illustrated view of the iliotibial band              B. The right hip of this runner shows greater hip  adduction than the left hip.

ITBS is characterized by pain along the lateral aspect of the knee near the lateral femoral condyle or epicondyle, as seen in Figure A. In severe cases, the pain can be sharp and alter the gait of the individual experiencing pain.  In these cases, the individual walks with the knee extended as a means of protection, not allowing the ITB to rub on the lateral epicondyle of the femur2.
A recent study showed that male runners with ITBS exhibited significantly greater hip internal rotation and knee/hip adduction angles during running.  They also displayed reduced hip external rotation (turning foot outward) strength and diminished length of the ITB.3  A study in 2006 showed that women that went on to develop ITBS, exhibited greater hip adduction and knee internal rotation. 4 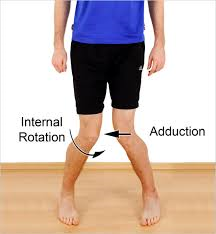 As can be seen in Figure C, internal rotation causes the attachment of the ITB to move inward, thus creating more friction over the lateral epicondyle of the femur. Fairclough and associates5 demonstrated, through the use of MRI, that as the knee bends and internally rotates, the ITB compresses into the lateral femoral condyle leading to excessive shearing.
A simple, quick test to see if you can benefit from hip abductor strengthening to help prevent ITBS is a single leg squat, while looking in the mirror.  Stand facing the mirror, with your feet shoulder width apart, and perform a single leg squat on your non-dominant leg first.  Look to see that your knee stays mostly straight ahead (See Figure D) and does not “squint” inward (see Figure E). Then repeat on your dominant leg. 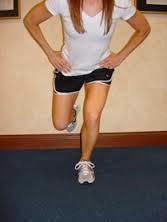 If your knee looks like Figure E, then you may benefit from hip abductor strengthening to help prevent the onset of ITBS, if you’re beginning to train for The Barber Beast.
In conclusion, running mechanics need to be considered when lateral knee pain is developed in runners. Changing running mechanics can be a difficult feat, but one study showed that a six-week program targeting strength of the hip abductors (outward motion of the hip) resolved symptoms in 90% of subjects (17). 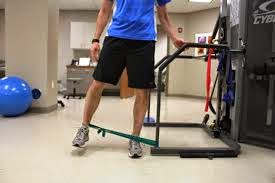 Those of us training for the Barber Beast on the Bay should consider hip abductor strengthening as part of our routine to prevent lateral knee pain. If you are currently experiencing lateral knee pain, contact the experts at Saint Vincent Rehab Solutions regarding appropriate treatment strategies. In many cases, reduction of pain and inflammation is imperative, prior to beginning strengthening of the hip abductor musculature. 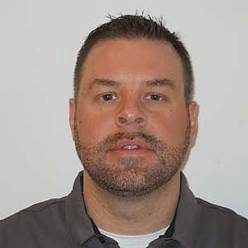