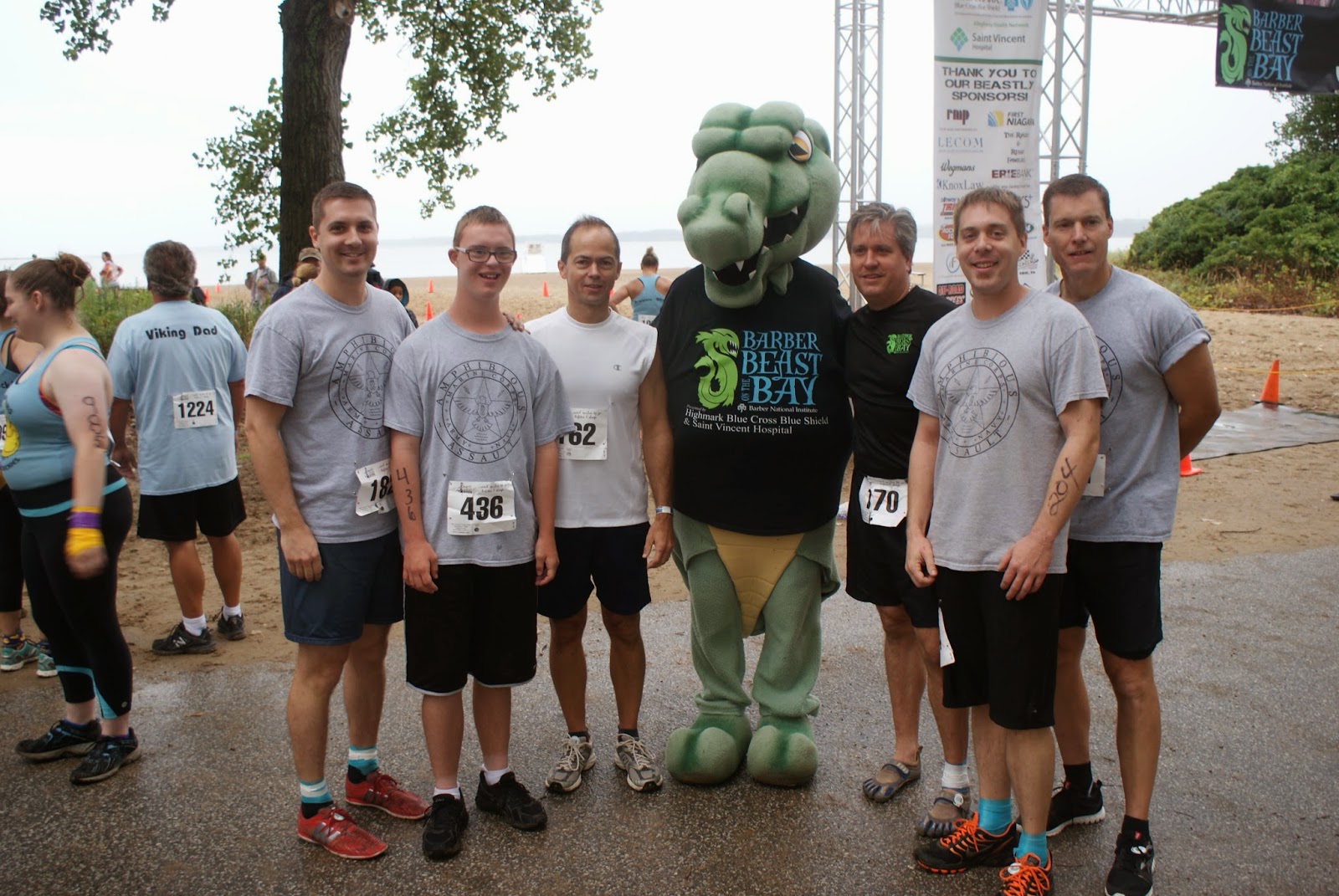 For Richard Burrows and his son, Logan, the Barber Beast on the Bay served as a family event.
Their team, Amphibious Assault, was well represented in this year’s Beast. Richard and his nephews headed the 10-mile course, while Logan participated in the Maureen Riazzi Adapted Course.
With an opportunity to bring their family together for a bonding experience, Richard said the day couldn’t have been better.
“Our family is big into sports and physical fitness,” he said, “so to share an experience like this with my son as well as my nephews is fantastic.”
During the inaugural Barber Beast on the Bay, Logan sat on the sidelines as he watched his dad participate. After seeing his dad participate, Logan told his mom, Mary, that he wanted to participate in the event, too.
And so this year Logan, wearing matching t-shirts with the rest of his family, took on the Beast, too.
“Logan was really looking forward to participating and had a great time,” Richard said.
One of Richard’s favorite moments took place after Logan completed the adapted course. Logan met Richard at the end of the 10-mile course to run the finish together. They both really liked crossing the finish line together, Richard said.
He added that there were other parts of the Beast he really enjoyed, too.
“I really enjoyed the atmosphere and the excitement surrounding the event. I also enjoyed running the obstacle course with my nephews,” he said. “We rarely get the chance to do something together and this was a great opportunity for that.
“The setting of the beach was great and the cause of the event was great. It seemed at times like it was one big team event and the goal was for everyone to finish.”

Richard and Logan’s finish together prompted Richard to already sign his team up for the 2015 rendition of the Beast, and he said they will be looking to add more members to the Amphibious Assault.
“We have a local treasure in Presque Isle and one in the Barber National Institute and to bring them together in an event like this is something special,” Richard said.
“To share it with my son makes it memorable. It really was a great opportunity for people with disabilities to take part in something a lot of us take for granted.”